An energetic force Impacting the world

The energetic force of Suga Roy &amp; Conrad Crystal has been powerfully
impacting the international reggae scene ever since they joined forces some
seven years ago.

Remaining consistent hitmakers, the duo has left an indelible mark and
are indeed two exceptional artistes who have decided to unify their voices in their
message-filled songs geared towards past, present and future generations…and
they have been able to successfully bridge the generation gap, as they embark
on their mission to spread reggae’s powerful message.
But how did fate bring the DJ and singer together? Simple. A love for each
other’s masterful work.

In 2002, Suga Roy, then a talented DJ and producer, was so impressed
with Conrad Crystal’s 1986 release, ‘True Love’, that he sought out the singer
and requested that both of them record a remake of the hit single. The remake
was a success and both found that they had a natural chemistry. More
combinations followed: a cover of the Pat Kelly original ‘Talk About Love’,
followed by a cover of Gregory Isaacs’ ‘Love Overdue’.
Their successful recordings continued, yielding the originals ‘Man Can’t
Walk In Peace’ on the Yellow Moon label, ‘Mek Dem A Gwaan Suh’ on Stone
Love’s Real Rock rhythm, ‘Tired A It’ and ‘Education Wise’.
All powerful, thought-provoking tracks that enjoyed success on the local
and international charts, as well as getting heavy rotation in the dancehalls and
on the airwaves.

‘Education Wise’, an anthem in schools, held the number one spot on the
Mega Jamz chart for three weeks, ‘Love Overdue’ peaked at number four on the
RJR chart and both tunes rode Richie B’s Hot Mix chart.
A double music video featuring ‘Man Can’t Walk In Peace’ and ‘Tired A It’
followed, along with the ‘Education Wise’ video that was a massive success.
Other singles from the duo were just as potent, including ‘Johnny Too
Bad’, ‘Piece Of The Action’, ‘Trace’, ‘Don’t Stop The Music’, ‘Righteous Train’,
‘Down In Jamaica’ and ‘So Many Persons’.

Suga Roy &amp; Conrad Crystal are also Grammy nominated artist
on Sly &amp; Robbie Grammy nominated Album The Riddim Doubles
with the song Party Hot featuring Yellow Man in 2007
In 2008 Suga Roy &amp; Conrad Crystal teamed up with singer Gyptian and
dropped the Culture classic ‘Jah Jah See Dem A Come’. The single was an
instant success, getting heavy airplay and chart action across the globe. ‘Jah Jah
See Dem A Come’ hit the number one slot on the Jamaica Music Countdown
chart and the New Style Radio chart in Birmingham, England. The single climbed
the TPN Radio chart in Italy, Caribbean Vibes Radio chart in the USA and the
Stampede Street Vibes in Jamaica.

In additional, the captivating music video for the single was in massive
rotation across all the music video channels, hitting the pinnacle of the RE TV
chart.

‘Jah Jah See Dem A Come’ (I ‘n’ I a conquerer), originally done by the
iconic group Culture in 1976 and remains one of their best songs to date, is the
lead off single for one of the greatest projects to hit the music industry in years. A
project that will revolutionize the reggae scene in 2009. ‘Suga Roy Conrad
Crystal &amp; The Great Reggae Icons’ – one of the greatest albums of all time
paying tribute to some of reggae’s legends. Hitting the streets in mid 2009, this
17-track project will be released on Suga Roy’s label.

On June 28, 2011 Suga Roy and Conrad Crystal released there third album
which is another great album paying tribute to Gregory Isaacs one of the greatest
reggae legend, titled ‘Suga Roy Conrad Crystal Universal Tribute To Gregory
Isaacs’ featuring Fantan Mojah and Luciano on separate tracks. The album has
18 tracks from Gregory’s catalog such as Night Nurse, All I Have Is Love,
Universal, Border, Number One Mr. Brown and 12 more classic tracks. This
album was Produced by Leroy ‘ Suga Roy’ Moore for Fire Ball Records and is
available on Itunes in stores world wide, Distributed by Ernie B’s Distribution
USA, irie Ites Distribution France, Dub Vendor UK, Stingray Records UK, Fire
Ball Records Jamaica and USA and House Of Riddim Austria.

Before fate brought them together, however, each artiste was already
heading for stardom.
DJ SUGA ROY, born Leroy Moore on October 17, hails from Racecourse,
Clarendon. A product of Racecourse Primary and Kemps Hill Secondary, Suga
started deejaying while at secondary school, performing at school concerts, fetes
and around the turntables of Black Lion Sound System.
After leaving school in 1990, Suga and longtime friend, Jahmali, moved to
the music capital of Kingston hoping to get a break in the music business. It was
rough going, but Suga persevered, and in 1993 he recorded his first single for
Xterminator’s Fun Time label titled ‘Woman Mi Proud A Yuh’. His first big hit

came in 1996 on the True Friends label titled ‘Postman’, for producer Kenroy
Fisher. That single earned him a stint on the Sting stage that same year.
He then moved to Bobby Digital studio and he and Jahmali recorded ‘Yuh
Can’t Fool Jah’. On the Bobby Digital label he also did ‘Love How Mi Flex’ and a
combination with Lukie D titled ‘Rope Dem Een’.
Suga went on his own in 2001 and set up his own Fireball Records label.
His very own production, ‘Dancehall Nice Again’ on the Wanga Gut rhythm,
came that same year.

The success of ‘Dancehall Nice Again’ earned him another Sting
performance in 2001, followed by the release of his debut album of the same
name for the Miami based Brickwall Records.
Loving the production business so much, he began producing other
artistes, putting his DJ career on hold. He released some successful recordings
on his own label, among them Anthony B’s ‘Good Cop’ and Capleton’s ‘Can’t Tan
Yah’, also on the Wanga Gut rhythm.

Suga had a natural love for old rhythms and did a lot of remakes of some
reggae and dancehall classics. For a number of years he was caught up in the
studio producing and recording other artistes, but in 2004 he decided to fully
revamp his DJ career.
Singer CONRAD CRYSTAL was born Conrad Constantine Hunter on May 22, A
product of Kingston 11, he was schooled at Rusea’s Primary and Norman
Manley Secondary. His interest in music developed from primary school days
when he used to perform at class parties and school concerts.
He honed his craft around area sound systems Romantic and Papa Jaro.
Crystal’s first recording and big hit came in 1986 titled ‘True Love’ for the Sonic
Sounds and Legal Light labels, produced by Michael Jeffreys. That was followed
by ‘Red Eye’ for Black Scorpio, ‘Health, Strength &amp; Power’ for Bobby Digital and
‘She Keep Me Warm’ for Xterminator.

That same year, Crystal also released his debut album ‘True Love’ on the
Legal Light label, produced by Michael Jeffreys and distributed by Sonic Sounds.
After fate brought Suga and Conrad together, their hard hitting releases
earned them stints on Sting, Reggae Jam Jam, Island Xplosion, Spring Break,
Spectrum, Mountain Dew Stunt Festival and a number of other events.
The DJ and singer duo continue to join the forces of the generations,
while stamping their class on a music industry that craves positive role models. 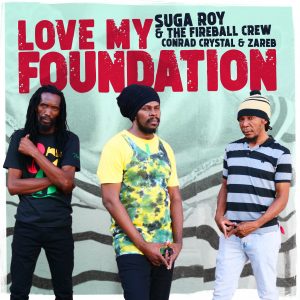 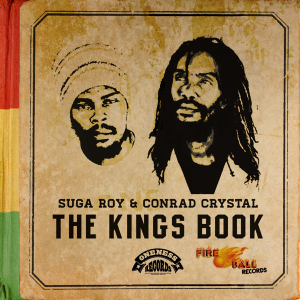 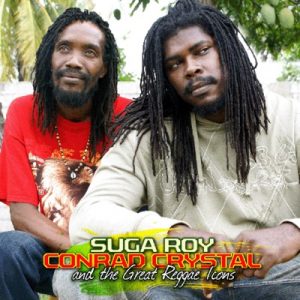 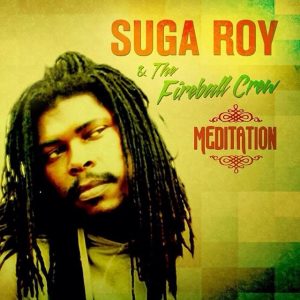 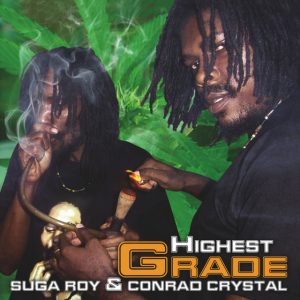 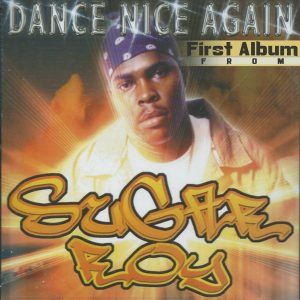